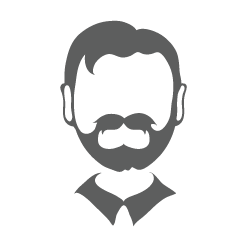 Buying auto-insurance coverage for an electric car is similar to purchasing insurance for any vehicle, but you may wonder if the insurance premiums will cost you more for this newer technology. Although rates vary by insurer and are based on your driving history and other factors, some of the factors that auto-insurance companies consider may actually lower your insurance costs.

More mature drivers tend to be in the age group more likely to drive electric cars. And since risk profiles are a key factor insurers consider, the number of claims a certain age demographic or type of vehicle generates plays a significant role in determining the cost for coverage.

Although electric cars haven't been around long enough to produce long-term accident data, in general, older drivers file fewer claims and cost insurance companies less money in payouts. Mature drivers are less likely than younger drivers to be involved in vehicle crashes caused by inexperience or speeding and other risky behaviors. In fact, reports published by the Centers for Disease Control and Prevention (CDC) show that young people between the ages of 15 and 24 account for about a third of the total costs of motor vehicle injuries.

Electric cars may be less attractive to younger drivers since they cost more to buy and aren't as powerful as vehicles that run on gas. When it comes to speed, electric cars can't go as fast as their counterparts that operate on engines fueled by gasoline or diesel. The cars also can't go as far before the battery needs to be recharged, and that takes time.

Any factors that make a vehicle more expensive to insure will increase your premiums. Therefore, some insurers charge higher rates for electric cars because of their higher values. What that means for the insurance company is that it must reimburse you more money for the loss to replace the vehicle if it is stolen or totaled in an accident.

On the flip side, because of its simpler operation—basically not having an internal combustion engine with its many parts—an electric car costs less to maintain and service. In addition, driving it fewer miles annually contributes to other mechanical parts lasting longer.

Although the rechargeable battery packs may be one of the most expensive parts of an electric car, the prices are coming down. The design of the vehicles also implements safety standards for preventing electrical shocks and fire following a crash. Safety features include allowing for the automatic shut-down of the high-voltage system and housing the battery in high-strength steel caging.

Not all insurers charge higher rates for electric cars. Some companies offer discounts on vehicles that use alternative fuels. The goal is to reward customers for going green by driving an environmentally-friendly vehicle. But even if your insurer doesn't offer a discount for electric cars, you may qualify for standard discounts, including multiple-policy discounts, pay-as-you-drive policies, and low-mileage discounts. Vehicles, such as electric cars, which people drive fewer miles, tend to be at lower risk of accidents.

An electric car can cost you less money to operate over time than a vehicle with a gas-powered engine. More good news is that the model you buy may qualify for a federal tax credit of up to $7,500, helping to offset the cost of the insurance premiums you pay. However, the Plug-In Electric Drive Motor Vehicle Credit (IRC 30D) includes a phase-out period once 200,000 of a manufacturer's vehicles that qualify for the credit are sold for use or lease in the U.S.

Call insurance companies like House-Chilson & Associates to ask for quotes and compare their prices.